Top of The Cake!!!!! Matt reveals a song he was on 7 years ago. Shane Mauss comes by to talk about his science themed tour, and his new documentary. Craig Coleman and Aron Kader stop by to talk about stand up gigs, politics, and pop culture. Wendell explains his Angry Birds Band Aid. Sinatra cheerfully sings about war. Eric Edwards stops by.

Matt gets stranded in New Orleans, which gives him the chance to catch up with his great friend Louis Katz. Craig Scott stops by to listen to Matt gripe about his midwest tour. Opening the iTunes Store. We are unable to find iTunes on your computer. The Full Charge gets stuck on the road without his podcast equipment. Craig Coleman stops by. Marty Laquidara stops by to talk about Tribble Runs and tough comedy shows.

Kevin talks about using a Port a Potty while a crowd of people waiting to watch coedy stand outside. Craig tells tales from his days in Alaska. Wendell has good news. Ian Bagg stops by to be the funniest dude on the planet. Pat Keane stops by to drop science.

The Concierge track record is impeccable as well as it is fulchirpn Matt calls the boys to try and figure out how Wendell doubled his Twitter followers this week. Radio Rando stops by to talk about hip hop samples, combovers, and Halloween. Matt calls the boys. Mike Black preaches The Church of Stagnancy. Wendell has a one night stand with a woman he believes to be a spy. Open iTunes to download and subscribe to podcasts. Forrest Shaw stops by to spin Yacht Rock Classics. Matt reveals a song he was on 7 years ago.

Matt and Craig talk about driving in Maht and cars. Craig Scott stops by to listen to Matt gripe about his midwest tour. The boys continue their attempt to tape 6 hours of content before Matt hits the road for a 5 week tour.

Dave Waite stops by the studio to kick it with the entire crew. Matt calls Craig to talk about work, Arnold Schwarzenegger, and language in the modern world. Craig talks about hanging with Khloe Kardashian, and working with racists.

Matt and Wendell talk joke thievery, Triple 9, the election, and aliens a. Matt and Craig catch up. 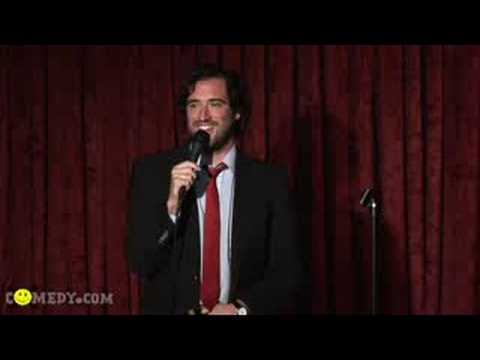 Matt tries to put Wendell on a diet and exercise regiment. Darren Carter starts a party in my living room. Wendell accepts food from his neighbors. The concierge is back! Matt and Wendell fail miserably at not talking about politics. Wendell reviews Spectre and Maze Runner. Love the Full Charge, loyal feaster and last exit listener.

Steve Simeone stops by to talk about moving to Los Angeles on a whim. Polite is the new rude.

If Apple Books doesn’t open, click the Books app in your Dock. Wendell reviews a couple of TV shows. The boys try Stephen from Albany as an alternate movie reviewer to Wendell. Part 2 can be found as episode 54 of The Louis Katz Podcast.