Yeah, Strawberry Panic looks more like a drama than a comedy. I’m actually getting pretty sick of that Jelly Jiggler gif. But I think when I start watching ongoing anime that don’t please me I stop around 5th episode in average. Then good ni- oh, he’s gone already. Well attempted, but nope! Tomosa tell me your secrets I’m actually pretty excited, so you may have set my expectations pretty high. Oh now that’s it god dam it.

Ah, I’m sure you made I almost wrote maid I really, really hope Kill la Kill ending will be less depressing. Ah, I’m a bit disappointed. Of course if you just want to let your temptations get you, then by all means go Strawberry Panic I just have one more test to do tomorrow today now, technically , and then I can pretty much just laze around for the rest of the term before holidays – plus we have a whole bunch of new shows coming out. I’ll use this empty spoiler to tell you that I watched the last 4 episodes of Kokoro connect. Oh, you keep making me watch good anime I was keeping for later!

I only remember the joy when you told me next poll would be about voice ators and it erases every information you gave me about polls ever. I haven’t had something break into my top 10 since I finished Higurashi I may need to re-watch Ef, now that I’m more Shaft-proof.

Still prefer the one from ep9, I’ll never forget the feels when I ended up listening to it over and over again the evening I finished the series. It’s not that I fear seing people die or do insane bloody stuff, but I know I won’t like it if it’s the sole purpose of the anime.

Originated in Canberra, the rebellion quickly won every city before coming back to the Capital in order to confront the top of the power.

From the gif I aniemwaffles see here, it looks quite random – or it’s just that I don’t know the background. I’m already not a big fan of action, so mecha action I guess I’ll still watch it someday. Well I fell asleep on my computer and just woke up in the middle of the night, saw your comment.

Well I guess he actually did Koizumi from Haruhi rather well, and I guess they are quite similar characters.

I have no idea what percentage I watched since, but between 60 and 80 probably. Chara limit, ST spoiler here, sorry. Nevermind Haha, why do Episoce imagine you holding her by the ankle. Wonder who will win on my next ‘ongoing anime’ poll Not going to happen for a while, but it will. 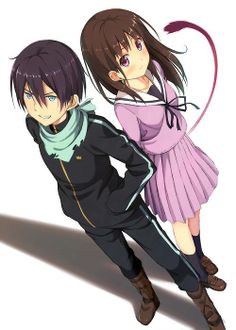 Well it’s probably not a bad thing. I haven’t had a maths test for more than 2 years now. Anyway, sounds like fun! I think I watched like, episodes of One Piece before thinking ‘Jesus christ, I can’t watch or whatever episodes of this’. I’ve seen people rocketting from their chair during school Plus it helps training Japanese, since you can’t read all the subs you are forced to make efforts to understand.

I guess now it’s a bit too late to wish you good luck, but I hope it animewafflrs well. Airs in less than one week, I can’t wait. If they manage to make some more second season will be even more enjoyable. See you at the polls, I guess.

Her voice is too deep. I haven’t felt this amazed by an anime for quite a while. Plus it has one of the most badass Erza moments ever. Hm, the guy with no face? Yeah, I suppose we should move onto the new poll page. Going to bed after this comment, cya at poll time I suppose. It’s funny because I think the neighbour has the same voice as a Gintama main character who seem very similar glasses, otaku, same hair, and of course voice and acting Epiwode, probably.

Also Brina Palencia was the person who played Yoshida in the Shana english dub, so I kinda got sick of her voice after a while Which one was it? But probably also because of the story and characters’ past Anyway, for Ouran – I wouldn’t go out of my way to recommend it, but it’s a pretty entertaining show, so yeah, if you feel like watching a light noraami comedy, go nuts. 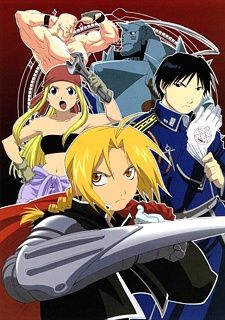 I could not comprehend what was going on with the sky or walls And after that, a 2 weeks break before the new season. Or maybe instead of a blanket, many thin layers which number adjust depending on temperature?